The year 2021 may be a year to be remembered for a long time by residents of Ikorodu Division as the governor of Lagos State, Mr Babajide Sanwoolu has promised to commission most of the on-going roads and other infrastructural projects across the division before the end of year 2021.

Sanwoolu stated this to the admiration of guests at the official commissioning of the Igbogbo-Baiyeku LCDA Secretariat complex on Wednesday, 24th March.

‘I must use this opportunity to charge and tell our citizens in Ikorodu division some of our modest ongoing projects and attempts to bring about quality good governance to your door step.

‘We are working on the Ipakodo/Oba Sekumade Road being done by Arab Contractors and they have assured me that we will see tremendous improvements within the next two to four weeks on the project’.

‘We will be handing over the Ijede/Itamaga Phase 1 Road to you in the month of May; the six kilometers road is almost completed. But we are not leaving you to that; we will ensure that we start the Phase ll, up to Ewu-Elepe, immediately the phase 1 is completed’, he promised.

‘I have driven and seen the state of roads in Obafemi Awolowo/Baiyeku Road. I will arrange to see how we will award these roads as soon as possible. The Igbogbo/Baiyeku Road, which is a tough one, is being run by Hitech. We have called Hitech to speed up that road so that we can give our citizens the desired relief’, he added.

Responding to the appeal made by a former Secretary  to the Lagos State government, Asiwaju Olorunfrumni Bashorun which was re-echoed by the Adeboruwa of Igbogbo, Oba Semiudeen Orimadegun Kasali on the need to pay compensation to those whose houses were demolished to pave way for the rehabilitation of the Igbogbo road project, Gov Sanwoolu said, ‘But it is not only that, I am standing before you and giving you a commitment that the compensation that is due on that road will be paid within the next 30 to 60 days’

‘We are working on the Agric-Isawo Road. We are pushing the contractor to take it to a logical conclusion’, he assured.

He also stressed his administration’s commitment to the first pillar of the THEMES Agenda- Traffic Management and Transportation, Governor Sanwo-Olu said his administration will soon address the gridlock in Ikorodu Garage Roundabout.

On the perennial traffic menace at the Ikorodu garage-roundabout, he said: “We are about to have a massive transformation at the Garage Roundabout in Ikorodu, which is a major source of gridlock. We have been reviewing what the best model of solving the traffic on that corridor is. The Ayangburen of Ikorodu will attest to it that we have taken representation to his palace on how best to do that road; whether there is going to be flyover or junction improvement, in the next two months, work will start on that roundabout’.

On the much touted Fourth Mainland Bridge, the governor assured that the bridge will take off from Badore on the Ajah axis and it would be landing at Aiyetoro community at Baiyeku from where it will move to Igbogbo before getting to Lagos/Ibadan Expressway. We are working assiduously to ensure that our PPP Model works well and we are expecting to flag it off before end of this year’, he said

Speaking on the new Igbogbo-Baiyeku LCDA secretariat, Sanwoolu said “The completion of this project is proof that with the right attitude to governance and a sense of purpose, we can touch the lives of our people at the grassroots level and give them a sense of belonging’.

‘I am confident that this elegant edifice will boost the productivity of staff and make them more dedicated to their duties, which will in turn lead to improved service delivery; a key goal of this administration’, he added.

Speaking earlier, Comrade Daini commended Governor Sanwo-Olu and his team for the hard work and efforts directed at changing the trajectory of development in Ikorodu division and across Lagos State.

Daini said the first structure on the site where the Ultra-modern council Secretariat was built was an office and a dispensary of the then Igbogbo/Baiyeku Local Council which was created in 1955 by the late sage, Chief Obafemi Awolowo as the Premier of Western Region. 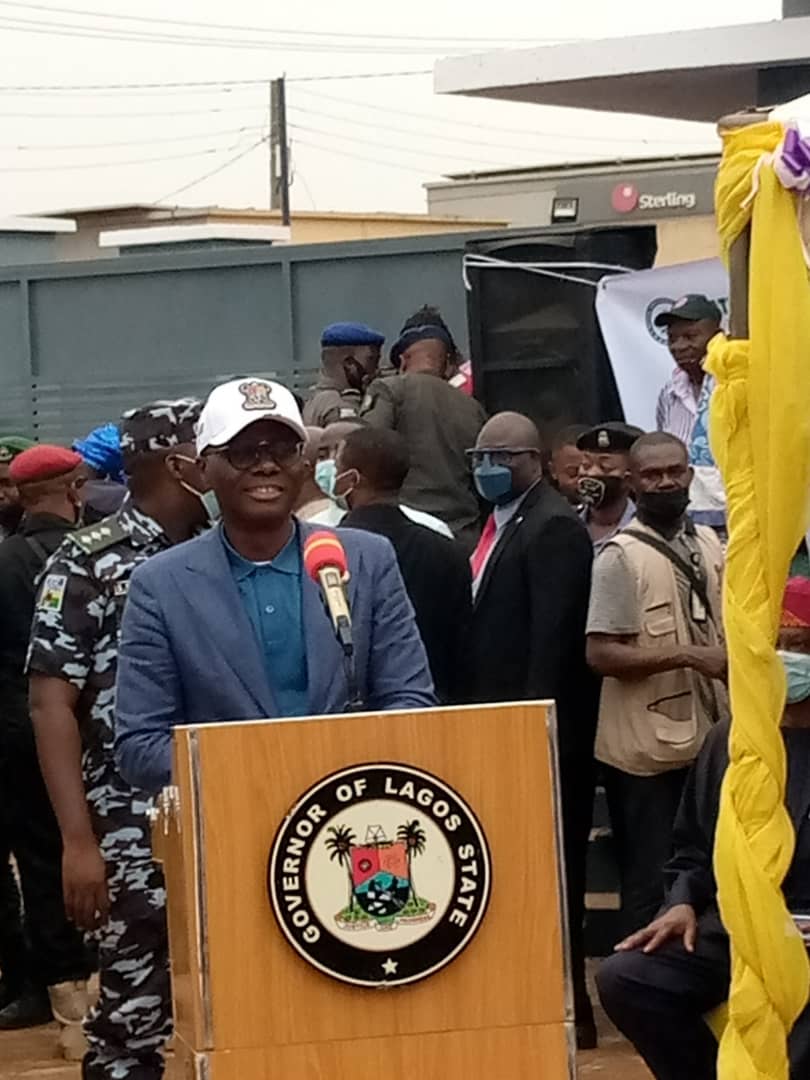 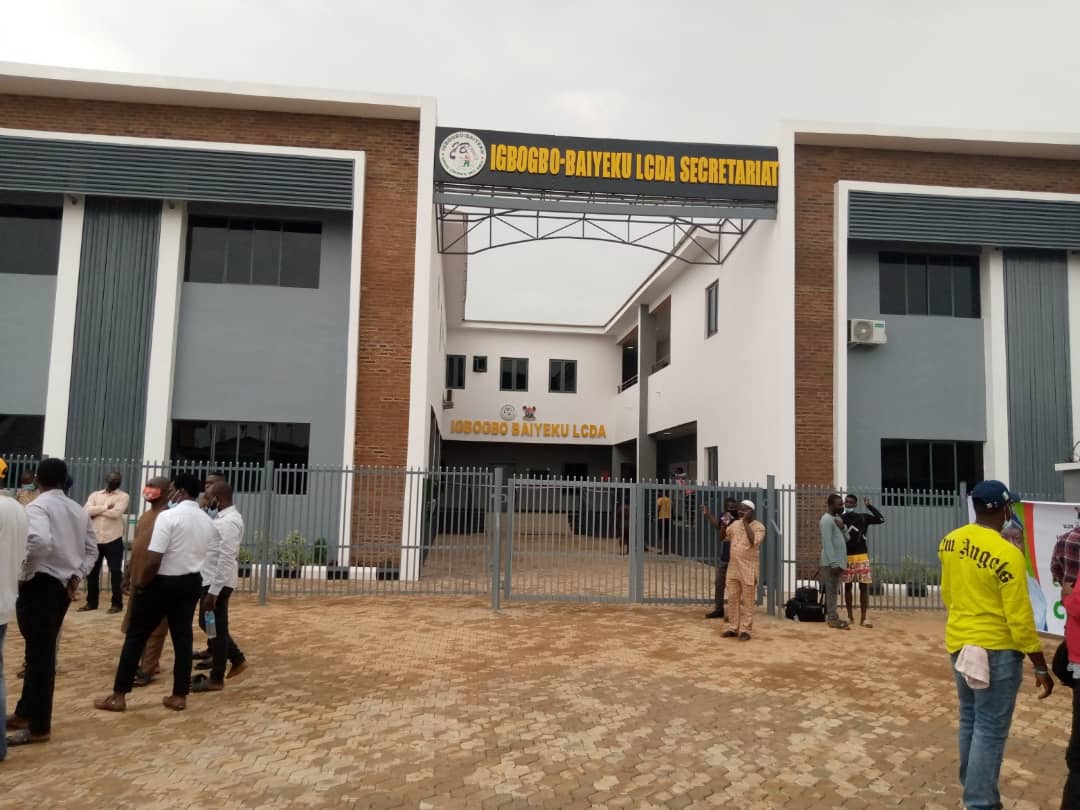